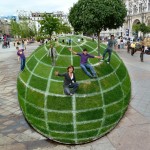 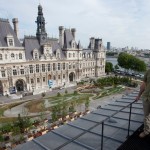 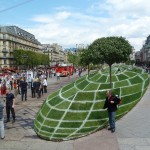 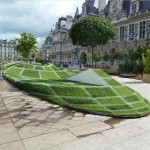 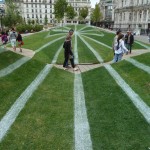 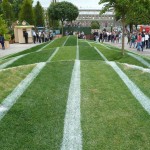 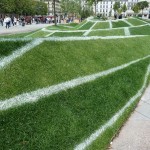 ‘The tree at the heart of the city’ -To celebrate the Parisian event ‘A season under the trees’, the city of Paris commissioned a monumental ephemeral park bringing nature and trees to the city center.

The anamorphosis was created on the main plaza of the City Hall of Paris. Composed of “hills and valleys” covered with trees and grass, the installation measured 120m long and 25m large. Following the lines of a modern garden ‘à la française’, the 2 000 m² project attracted the curiosity of tens of thousands of people. But it took many shovels, rakes, man-hours, laser pointers and GPS locators to create this unique anamorphosis. 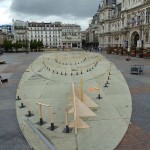 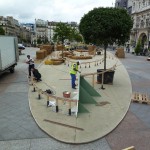 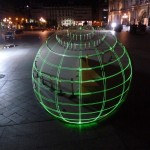 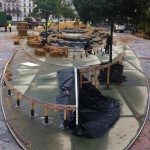 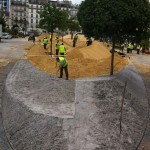 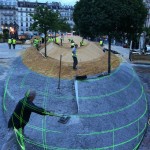 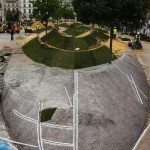 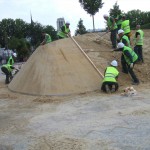