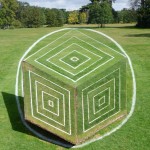 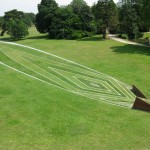 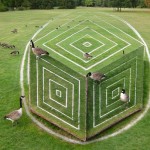 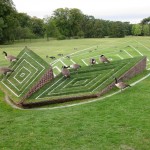 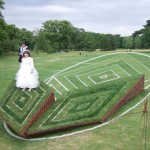 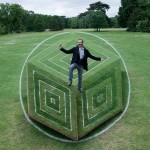 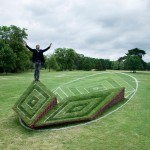 ‘From biodiversity comes unity’ – The year 2010 was seen as the year for the promotion of biodiversity.

The Bagatelle anamorphosis was designed with this theme in mind. At first glance, it is a 2D cube, but walk around it and it turns out to be a 3D anamorphosis with two large volumes, each a distinct side of the cube in the image. Proportions are toppled, shading become inexplicable. And the visitors, in large numbers, leave with a surprising array of pictures! 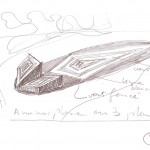 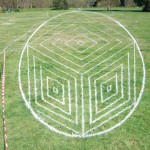 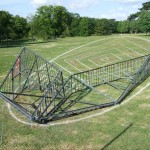 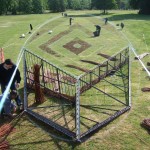 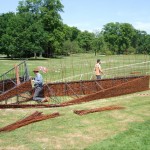 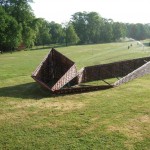 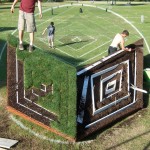